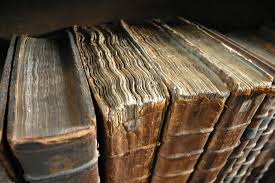 It’s 2046, the libraries and bookstores have emptied out, the distant rustle is heard from behind a “do not enter” sign on what seems to be an old storage area next to the entrance of the Mac lab. What is that? paper perhaps? a book? impossible, no-one reads them anymore.

Suddenly you hear the strange sound of a fast paced “tap,tap, tap” and “click, click” coming from behind the door labelled “The Mac Lab”. You enter.

you’ve found them , they don’t even notice you have entered because they are so consumed with what is on their screens that real life to them seems like a distant fairy tale. They are scrolling so fast, taking in and ignoring vasts amounts of information available to them at a click of a button.

Is this a nightmare or a dream you wonder?

Now lets come back to 2016, where the rise of social media is phenomenal, people are able to connect and find information faster than ever before, and its only going to get faster.

It doesn’t matter what industry you are in, the effective use of social media is a must-do, and below are 3 tip to keep your accounts interesting and how to stay connected with the fast changing society of today.

With so many platforms available at your fingertips, and so much data available on how many users each platform has, the most important step to do is to locate your ACTIVE audience. the biggest mistake is using a platform purely based on the amount of users it has, what you need to find out is how many of those users are classified as active. an example is Google+ which, in 2015 had an estimated 2.5 billion users, making it the largest platform of them all. But a simple search of a report published by TechTimes shows that of that 2.5 billion, only about 10% made a post or used it to share information publicly or even logged on!

Compare that same analysis with Facebook and twitter, and you will find that even though they have less accounts, the active user number is vastly higher at 300 million – 1.5 billion active users.

2. Make your content adaptable over all of your social media platforms

4. behaviours change, but what interests people and triggers them to share information is generally the same.

the generation to please.

I know you don’t want to…… but you have to

“I heard they sang a good song,

“I heard they had a style,

“And so I came to see them,

“And listen for a while.

” A Stranger to my eyeeeeeeees ”

How do we deal with the new age of customers…..

I will tell you how……

We deal with them by understanding how to target them.

the focus is of course, social media. so lets begin…

*the following information was taken form an exert from postplanner.com. for the full article please visit https://www.postplanner.com/how-to-reach-the-millennial-generation-with-social-media/

Results from the study were fascinating, and can be applied to any business — not just tech.

Now check out the tech preferences of millennials — compared to people older than 35:

And here’s why you HAVE to target millennials on Facebook:

59% of millennials use social media to find information — compared to only 29% of the 35+ crowd.

Here’s What Drives Millennials to Their Favorite Websites 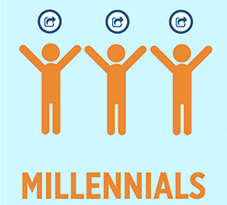 Beautiful photos, concise copy & engaged communities are what millennials look for from their favorite websites.

Now lets narrow this down further.

from the information above we can determine that, in order to target the future leaders, we must have content that is easy:

Next week we will look at PR aesthetics to target millennial’s and how to use Search Engine Optimisation to get the best engagement for your Social Media Posts.